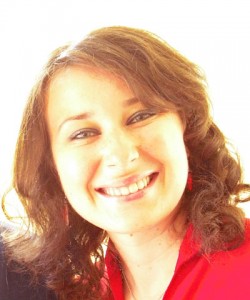 I’m Monica and I come from Bacau, a city in North-East Romania. I’ve been living in Turin since 2002. It’s a city I’ve been in love with since the first day I arrived. I remember that after a more than forty-eight-hour coach journey, passing through the city I saw the beautiful, imposing and impressive statue of Vittorio Emanuele. I asked the driver to slow down so I could admire this marvel but he went even further and did several laps around the monument, enjoying the rapturous look on my face! One of the most beautiful experiences I had in Italy was that of the Servizio Civile Volontario Giovani Immigrati (young migrant volunteer civic service) thanks to which I was able to get to know the city, and also Italy better, from a social, organisational and legislative point of view. Most of all, it offered me the opportunity to work in a multinational group (20 young people from nine different countries). I dream of a tolerant world in which it is not necessary for people to introduce themselves with details of their background, religion or sexual orientation but rather with their dreams and achievements.