Valencia is an ancient Mediterranean city, born on a river island in the River Turia. Its history is a history of intercultural and multi-ethnic coexistence and clashes between different cultures. All have left their mark on the city, shaping the city that we have inherited.

It was founded in 138 B.C., as a Roman colony. In the eighth century it was conquered by the Arabs and in the thirteenth century by Christians. All have left their mark on the city, its stones, its streets, its customs, its cuisine, its own language; in short, in its culture.

The intercultural walks that Valencia offers are full of emotions: one can visit the ruins of the ancient Roman city, the Arab heritage; we can admire the poetry and the beauty of the Balansiya, visit the towers of the walls or walk around and admire the garden and the canals, which are water pipes that are still in operation. From the Jewish quarter we can only recognize the ruins of the walls that gave rise to the Call (so called Jewish quarter) of the city. From Christian times, however, we can admire the civil and religious architecture of more than seven centuries: the Llotja of silk, Consolat del Mar, the Cathedral del Mar, Hospital de Sant Joan, the Port, modernism, the Republican architecture or developmentalism of the Franco regime and finally, the excessive current architecture.

We can visit neighborhoods like Russafa (رصافة meaning garden in Arabic), one of the traditional neighborhoods is now a fusion of cultures, languages, traditional flavors, the current social paradigm shaping the city. The associations Periferies, Entreiguales, Valencia Acoge and the Colectivo Xarxa Urbana, offer different routes to discover Valencia through the contribution of people and cultures that are enriching our city. 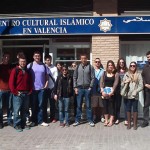 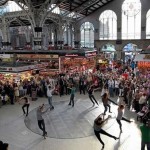 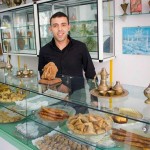 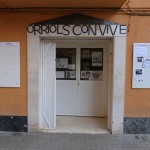 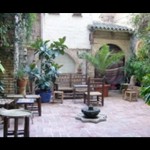 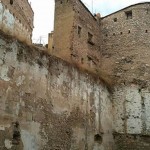 MIGRANTOUR INTERCULTURAL WALKS ARE NOT CURRENTLY AVAILABLE IN VALENCIA.