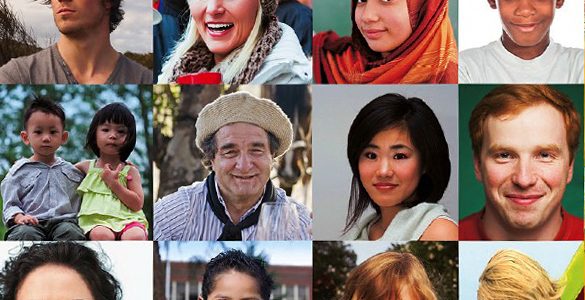 In view of the 18th December, International Day for the Rights of Migrants, Migrantour Network is pleased to offer FOR FREE its intercultural tours, urban itineraries guided by intercultural accompaniers and realized to help people discover our cities as well as the most multicultural neighborhood of each city from foreign citizens’ point of view and voice.

The walks are starting on Saturday, December 15th at 10:00 am in Naples with a walk in the heart of the city with Casba Società Cooperativa Sociale (for detailed information go to the Facebook event) and with Viaggi Solidali, that in Turin promotes a free intercultural walk to Porta Palazzo with departure at 10.30 am; in Milan an intercultural walk in Via Padova with departure at 10 am; in Rome, a free walk to Esquilino, together with the journalists of the NoBavaglio network, some activists of ANPI and SPI CGIL (meeting at 10.30 a.m. at the gardens of Piazza Vittorio Emanuele). In Genoa, on the other hand, Viaggi Solidali invites you to participate at 3pm in the theme walk “Discovering Africa and Afro-Descendants in Genoa”, promoted in collaboration with the Luanda Association, on the occasion of the celebrations of the VIII Day on Black Consciousness, which began in the city last Saturday, November 24th (for detailed information go to the Facebook event).

On Sunday 16th December in Pavia, with Progetto Con-Tatto in collaboration with Coop Soc Villa Ticinum (SPRAR Pavia) and as part of the Festival of Rights organized by the Centro Servizi volontariato Lombardia sud, in the wake of the theme of WELCOME, there will be an intercultural walk that will arrive at the headquarters of the SPRAR project involving some young asylum seekers hosted in the project that will tell and put into practice some rituals of the reception of their countries. The appointment is at 3pm in Piazzale della Stazione (taxi stop), the arrival at Villa Ticinum in Piazzale Oberdan. An intercultural walk in the city is a journey in the world through the station, place of arrivals and departures, the African Market that welcomes us with its flavors, fragrances and colors from 5 continents … and then the river that cradles old and new citizens. An intercultural walk through the city is to be welcomed at African rhythms by those who have made Pavia their city (for detailed information go to the Facebook event).
On Monday 17th December in Florence Oxfam Italia invites at 11 am to participate in the walk in the district of San Lorenzo.

Just on Tuesday, December 18th in Cagliari, from 3 to 15 pm, will be held the first walkfor the public of Migrantour Cagliari, promoted by Amici di Sardegna Onlus as part of the Project “Le nostre città invisibili” (for detailed information go to the Facebook event). Always on Tuesday, December 18th, in Lisboa, Renovar a Mouraria promotes in the morning (at 10.30 am) an intercultural walk for families a bit “special”: at each stage an online content will be used, developed by Renovar in Mouraria with other Portuguese NGOs, very useful to show some key concepts related to migration and racism clarifying ideas, prejudices and false myths existing on these issues. Followed by lunch for the 10th edition of their community newspaper, dedicated to third country nationals (for detailed information go to the Facebook event). And again Tuesday, December 18th at 10 am in Brussels, with Alter Brussels, there will be the opportunity to participate in a “welcome tour” (for detailed information go to the Facebook event).
Last but not least, on 18th December at 5 pm, in Ljubljana, Terra Vera will present Migrantour as a best practice case regarding inclusion of migrants & newcomers. The event is organised by Humanitas NGO and Peace Institute and will take place at National Museum of Slovenia, Prešernova 20. In Paris, on Tuesday, December 18th, Bastina with the staff of Migrantour Paris participates in and supports the Festival international du film des droits humains, in particular the screening of “Revenir” and the meeting with the filmmakers David Fedele et Kumut Imesh. Afterwards, you are all invited to visit the exhibition “Persona Grata” at the Musée de l’Histoire de l’Immigration.

Always for this occasion, the lead partner of the projects, the ACRA Foundation will promote, in some classes of the secondary schools of first and second degree of Milan, intercultural workshops aimed at promoting the exchange of views and stories on the worlds present in the neighborhoods of Migrantour: it will begin on December 12th at the high school Caravaggio, on December 14th at the Technical Touristic Institute Amerigo Vespucci and on December 17th at the junior high school Quintino in Vona. During the workshops, students will have the opportunity to meet some newcomers to Milan to share stories and points of view related to life in the neighborhoods, spaces of identity and relationships in constant motion, in the wake of the final meetings of the activity of STORYTELLING.

We remind you that the Migrantour network collaborates with the Italian National Diaspora Summit, the second edition of which will be held on Saturday 15th December 2018 in Milan, at the Palazzo Reale, with the slogan “BE THERE, KNOW EACH OTHER, BUILD”.

Useful and extremely important occasions to underline the proximity of the Project MIGRANTOUR and of the partners who have been carrying it forward for years to all those who decide to set out on the road.

The programme, in the various cities, is still being defined. We will update this page as we go: alternatively you can get in direct contact with the individual partners!