“Rural Migrantour. Paths of Recovery” is a two-year project funded by the European Union’s Erasmus+ program for the duration of 24 months (March 2021-February 2023). The project leader is Terra Vera, a Slovenian NGO engaged in the field of social solidarity, integration, environmental protection and ethical economy, which has been coordinating Migrantour Ljubljana for several years. Project partners are Viaggi Solidali, which collaborates in Italy for this initiative with FIERI, the Nuto Revelli Foundation in Piedmont and the Jungi Mundu cooperative in Calabria; Paths of Greece (Greece), LAG Svilegrad (Bulgaria) and Pocket Stories (The Netherlands). 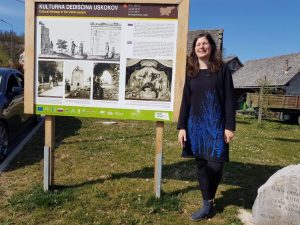 This new project builds on the solid foundation of the more than 10-year experience of the European network “Migrantour. Intercultural Urban Routes.” After having long worked in urban settings, today our initiative turns to small rural centers. This choice responds to two considerations: first, we need to recognize that migration has also played an important role outside cities, in the past as well as in the present. Just think of cross-border mobility, for example, or the role that the widespread reception of migrants and refugees has played in revitalizing small villages in mountainous areas. A second theme is then related to the recent Covid-19 pandemic, which starting in 2020 has triggered a profound reconfiguration of tourism mobility. With the possibility of long-distance and cross-border travel having disappeared, health precautionary regulations have incentivized short-haul travel, for the most part directed toward forms of ecotourism.