Celts and Ligurians placed the first settlements near the river, the Romans later gave it the characteristic plant with thistle and decumanus, the Lombards elected it as capital of the Kingdom. Città delle Cento Torri in medieval times, it houses one of the oldest universities in Italy that has always attracted officials from the realms, scholars and writers from all over the world and today maintains academic and cultural ties with European and world universities. Land of rivers, the Po and the Ticino that meet only 5 km from the city, Pavia was in the passage of goods, people, pilgrims and travelers who crossed the Via Francigena from which it is crossed, to reach the eternal city. Ticinum, Papia, Pavia are the names of a city that has always been affected by migrations and invasions that have made it what it is today. Ticino is a source of life, of stories and of work for generations, marks the soul of the Pavesi, and retains its precious role as a place of aggregation and leisure for old and new citizens who use the spaces greens that surround the banks. Pavia, which appears sly, lying on the left bank of Ticino, immersed in the fog as in the images of Lattuada in the film The Coat, has welcomed migrations from southern Italy in the 50-60 years, people looking for a job in local industries, rice fields, in the kilns or as laborers in the fields and today welcomes new migrations. There are currently 10,115 foreign citizens (14%), mainly from Romania, Ukraine and Albania, with a substantial presence also from the Dominican Republic and Egypt. The city also hosts about 1,800 university students (8% of the total) from all over the world and 23 different religious communities organized in formal or informal places of worship. The province of Pavia experiments a growing number of foreign companies (+ 2.7% in the last year) and a consistent presence in schools of all levels and grades of pupils with non-Italian citizenship (10,284 equal to 15%, MIUR data) as 2016-2017), of which about 63% were born in Italy (a total of 6,481 students). Coop Soc Progetto Con-Tatto, strong of an intercultural work in the city and provincial territory that has lasted for 18 years, promotes intercultural walks in the city to discover the stories, sounds and flavors that mix with the typical products of Pavia in a path of enrichment that makes you remain connected to the world, the world in the city. 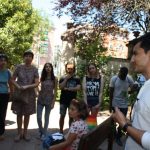 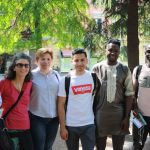 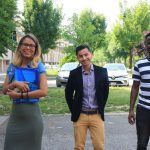 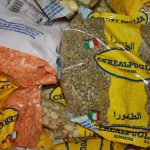 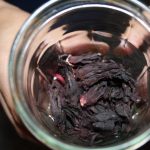 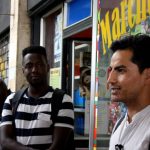 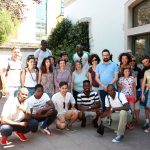 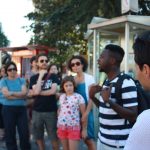 Manzoni Gallery
The first walk of Migrantour Pavia starts from the railway station square, a reference point for many foreign citizens, a place of transit, arrivals and departures of thousands of commuters who move for work but also place of arrival in the city of many migrants, once originating from southern Italy and today migrants and asylum seekers arriving in the Lombard cities. From the station head towards Galleria Manzoni, the fulcrum of the intercultural walk, the African Market, a place of socializing and meeting for many citizens coming from the African continent because the main ethnic shops are concentrated here where you can feel the flavors of home, co-purchase halal meat in respect of its traditions thanks to the Islamic butchers and African shops that sell products from 3 continents (Africa, Asia and Latin America). The internet points and money transfer will give us the opportunity to deepen the migration dynamics and the relations between the foreign emigration communities and their countries of origin. The third stage is along the river Ticino, historic landmark of the city, a source of life and ancient legends in the tradition of Pavia and that of other cultures. The walk will end at one of the reception facilities SPRAR (System for Protection of Asylum Seekers and Refugees) Pavia, where some aspects of the project and of the experiences of life and urban integration of the people accepted will be examined.