Where the traces of ancient and new travelers are mixed

The city of Florence has a long history of welcoming towards the “foreigners”, who in various periods have settled in the Tuscan capital helping to write the story. Keeping track of the many migrant places means to look at the city from a different and stimulating angle that recognizes, next to the Basilica of Santa Maria del Fiore or the Ponte Vecchio, the traces of that minor history of which the Russian and Polish communities were protagonists , Anglo-Saxons, French, Hebrew, Swiss, German, but also in recent years, the Iranian communities, the Eritrean, and many others.
The religious buildings, such as the synagogue, the Russian Orthodox church, the evangelical church, the cultural institutes, the meeting places and the exchange among the many, include the Paszkowski Café, and the Viesseux Cabinet up to the commercial businesses that wind in areas such as the Santa Maria Novella station, or the San Lorenzo market. Today the dynamism of a city that has been able to open itself to the world is renewed with the presence of migrant citizens, thanks also to the contribution of voluntary associations that take care of welcoming and enhancing the skills of foreign citizens in the city. 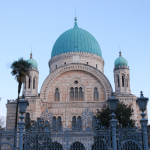 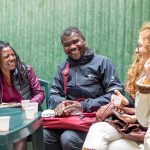 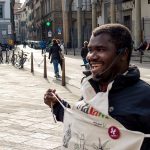 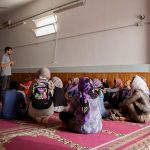 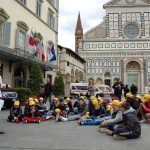 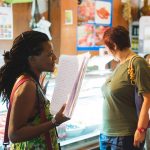 On the trail of travelers from yesterday and today
The first itinerary is a journey that starts from Piazza Santa Maria Novella, near the railway station, on the traces of the late nineteenth-century travelers of the Gran Tour intertwining with those of today’s migrants in via Palazzuolo, via known for alternating exercises whose managers they come from Nigeria, from the Balkans, from India, from Morocco, from Africa, to artisans and old typical Florentine trattorias, as well as welcoming associations for the newly arrived migrants in the city.
Circle of solidarity and religions
This itinerary leads us to the discovery of the “Virtuous circle of Sant’Ambrogio”, the network of solidarity economy that is developing in this central and very “Florentine” area, far from the tourist flows, and of the important places of worship of the various confessions religious in this neighborhood and, that is, the Synagogue, the Islamic Prayer Center, the Waldensian Church, and of course the Catholic churches.
Market, foods and cultures
The third itinerary is the one that lives around the famous Central Market of San Lorenzo, looking at the migrant soul as the tourist one of a neighborhood that remains in the heart of those who lived there for the effervescence and the contradictions. The route allows you to meet people, products and foods from different parts of the world.