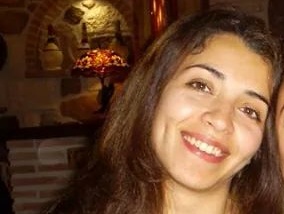 My country of origin is Morocco. I am 34 years old and have been in Italy for 14 years and in Rome for 9. I left my country, Morocco, destined for France, initially for reasons of study. But with the curiosity of a twenty-year old, I moved to Italy which then became my residence and home.

My approach to Rome was like being struck by lightning. Through meeting people of different cultures (Italians from other regions who seemed foreigners from far away lands), I got to know the world in a way that I never imagined possible without travel. At the same time, I felt these cultures were close to my own, that we shared the ethic of hospitality which is the hallmark of the Arab and Muslim world.

Experiencing Arab hospitality can be overwhelming for those who are not used to this type of behaviour. It is practically impossible to go to an Arab home without being politely forced to eat way beyond your limits. For Arabs, generosity is the most admired virtue and families judge themselves by the degree of attention they confer on their guests.