20 years after independence from the Socialist Federation and almost 8 years after joining the European Union, Ljubljana looks like a small Vienna in the palm of a hand. Throughout its history it has been influenced by its geographical position, at the crossroads of German, Slavic and Latin culture. For this reason the city boasts a wealth of history, tradition, style, art and culture. Its rhythm of life takes place in an environment that is, at the same time, Central European and Mediterranean, multilingual and hospitable. The recent migratory flows have involved Ljubljana as a stage of the “Balkan route”, increasing the cultural mix and placing the city at the center of a continuous social transformation. 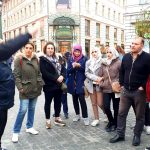 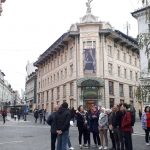 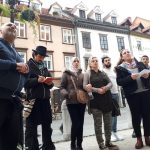 Routes Lubiana
Ljubljana is the small capital of Slovenia. Romantic and rich in history, lively and full of attractions, Ljubljana is a city that surprises and captivates visitors. With its magnificent landscapes, extraordinary architecture, rich cultural heritage (the result of exchanges and contaminations), the cheerful and relaxed atmosphere, it is very early to love it. The historic center preserves the most important monuments and sites, the beautiful museums and galleries celebrate art at the highest levels, the city market is a concentration of history and traditions of the people of Ljubljana. Each district retains its historical imprint: medieval, baroque or Art Nouveau even if, the whole city is “marked” by the incredible works of the brilliant architect and urban planner Jože Plečnik, who, from the Twenties to the beginning of the Second World War, was entrusted the task of redesigning the city adapting it according to his tastes. The migratory flows, which have always crossed through Ljubljana, have left significant traces in the urban and social composition of the city as evidenced by the multiethnic Metelkova, the artists’ quarter.