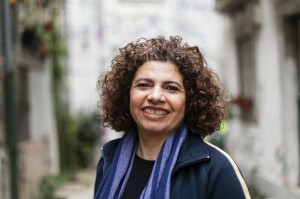 Filomena is a Portuguese, born in Angola, with a Brazilian accent. She was born in Sumbe, Angola, when it was still a Portuguese colony and after the revolution of 25th April, 1975 she went to Brazil. In 1999, with her 4 year old daughter, the call from Portugal was even stronger and she returned to Lisbon. When she discovered Mouraria, she found, finally, a place where she feels like home. Tourism is her special work field and her sympathy and open smile are her special features when we meet her.