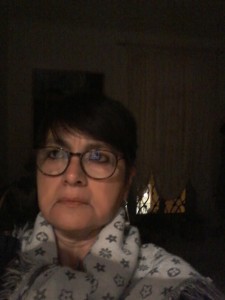 I was born in a small village of the Valparaiso Region, midway between the Coast and the Andes. I am an “Industrial Designer” and I have studied at the Chili University Facultad de Arte y Tecnología. My artistic philosophy leads me to also experiment painting, sculpture, ceramics and photography. The need to increase my knowledge, to breath an air of freedom, after several years of dictatorship in Chili, has led me to travel to the Old Continent. I arrived in Italy in 1989. I chose Italy because it is the country that holds what could be defined as the universal art heritage. Here I could indeed experience firsthand what I had studied in books. I arrived in Genoa, where I could enrich my sensitivity through some human and work experiences, passing through the world of graphics, fashion design, commercial and home interior design. In my path, as a migrant woman, I have felt the need to have a social commitment, as I have realized there were hurdles in integrating in a different country. They are both material and cultural hurdles. This is why I have joined Amnesty International, Aifo and ANOLF (Associazione Nazionale Oltre le Frontiere – National Association Beyond Frontiers), for 12 years, in Savona. I also have another important role: I am a Spanish teacher, an interpreter for Courts and other Institutions, a translator for Spanish-speaking migrants. My involvement in Genoa Migrantour is an opportunity to share my experience as a migrant, my country, my culture, the richness of the culture of migrants in Genoa and the role they have played in Genoa transformation. Genoa and its important history, the Liguria region emigration that I have experienced in my country and the wonderful hospitality of mycompatriots in Italyand in Genoa after the Coup of 1973. These are some of the reasons for excitement to be part of this project!